Annnnnd so do I. Have you ever tried to wash a dog that is terrified of the water? The pupper is NOT the only one gettin’ soaked…!

Our first time washing Sayge, when we brought her home and spent two hours washing and cutting the ick off, was slightly traumatic for everyone. She had to be carried up the stairs and angled around corners with stiff legs and wide scared eyes. Her fear of the blow dryer almost had her climbing off the edge of the balcony to escape it. It was a three, very bedraggled, person job.

Almost a month has passed, she has been active and more lovey every day. She sleeps on a smooshed around pile of old blankets in my room instead of running to her crate at every noise. In the morning, she wakes me up with a wet nose in my hand and what I affectionately refer to as “old man grumbles”. She has learned to sit and wait instead of barreling out the door and small rawhide chews are her favorite.

There have been a few more incidents of sitting on the other dogs and one food dispute, in which my little 12 yr old mama dog gave it all she had even when she ended up on her back. A follow up on that saw a whole day of my husband basically putting the two fur bullies in a time out shirt together and making them take turns doing everything, including supervised eating right beside each other. They got over their animosity and I am happy to tell you Sayge, the bigger dog, just (as I am typing this) gave up her blanket nest to Allie, a much smaller, old mama dog, and is laying on the floor right next to her!

I now know the right amount of food to give her and that she prefers a drizzle of coconut oil, vs. olive oil, with a scoop of canned chicken on her grain free blue buffalo kibble. Also, she is a ninja. Not joking.. Secret life of Pets here she is. Her skills at moving undetected are startling. Watching a show in bed and then, SHAZAM, she is just there with a look on her face that says “What, I have been here the whole time hooman” We feel there may be midi-chlorians in play and possible Jedi status in the future.

Back to the shower though..Hahahahaha! She came, all on her own! Right up until the shower door and then she turned tail and skeedaddled. When I came to the realization that we were not as far in the trust game as I hoped, I dressed accordingly and just hopped in with her, warm water and dog hair for all! I am incapable of holding a 50lb dog AND washing her at the same time so I just sat down on the floor of the shower and let her come to me. She pathetically crawled onto my lap and the sudsing began. Good thing we got the good moisturizing, oatmeal shampoo cause I got a wash right along with her ;-).

My hubbs took on the blow drying solo this time and ended up fairly damp as well since her happy spot seems to be curled up as close as possible to us!

Life is good with Sayge. 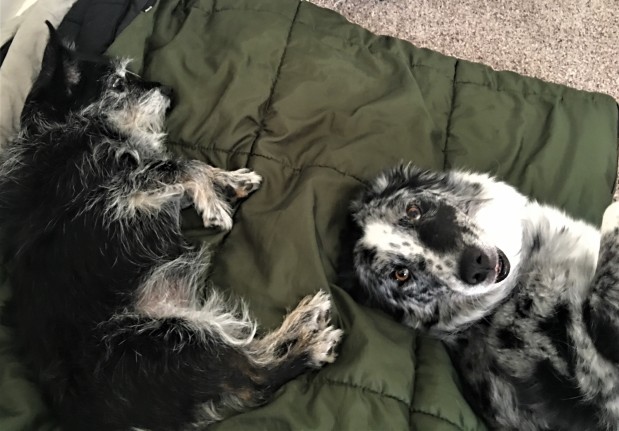 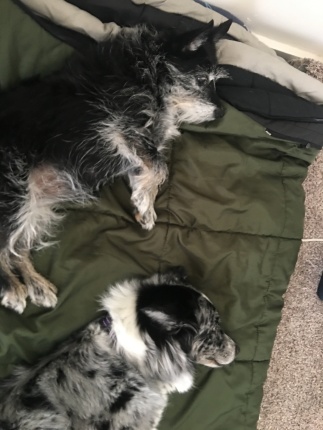 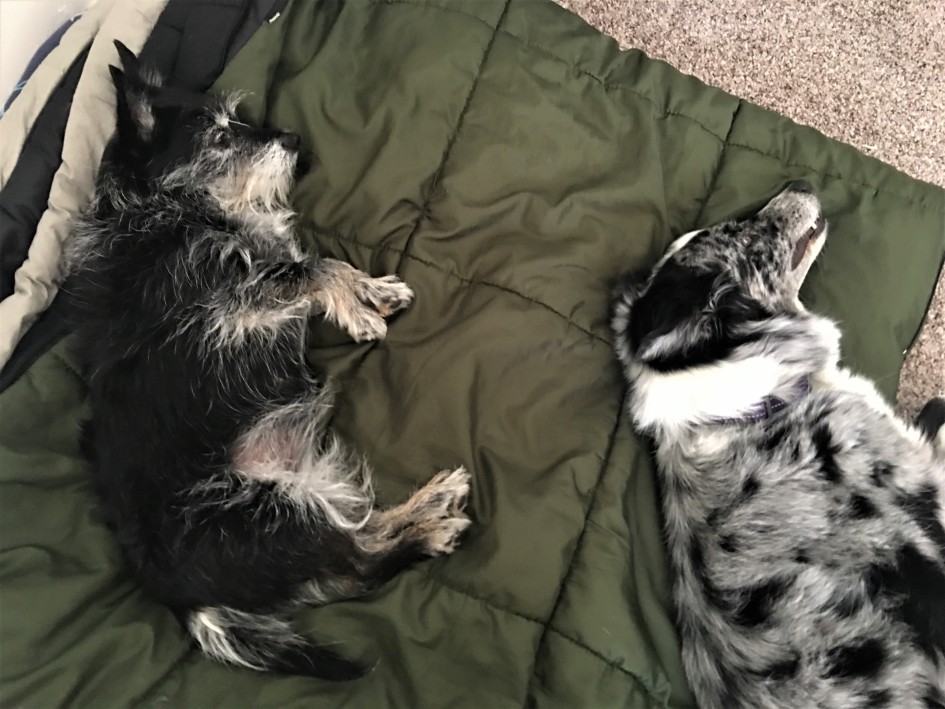 0 comments on “Sayge hits the showers”

A healthy lifestyle blog that brings you the best, most trusted resources created by real experts to help you achieve the best version of yourself

Giving Your Dog The Time of Their Life

Listen to your inner self..it has all the answers..

love each other like you are the lyric to their music

A girl travelling around the world on a motorcycle.

Understanding ourselves and the world we live in.